This house is a 3-bedroom apartment located 200 m away from the sea and can house up to 6 guests. It has a private pool on the premises and access to free WiFi. The house is located in Starigrad.

Located in the centre of Paklenica Riviera, this region connects mountains and sea, the warm Mediterranean with an upland climate. The national park area of Paklenica with numerous walking trails is 4 km away. The ancient city of Zadar is in the vicinity and so are cycling paths, sailing schools and mountain peaks. Add some adventure to your vacation by rafting on the wild waves of Zrmanja River. General supplies can be availed at a distance of 1 km and tourist information, restaurants are 2 km away.

This vacation home in Starigard with private pool has a terrace and a shared garden with sun loungers and barbecue for a relaxed nature surrounded experience. Bicycles are available and so is parking.

17th International Climbers meeting Paklenica ''Big Wall Spide Climbing'' 29.04.2016. - 01.05.2016. At the beginning of May each year National Park Paklenica becomes the place of traditional climbers and hikers meeting. Beside Big Wall Speed Climbing - world unique climbing competiton as the central event, there will be climbing competitons for kids, trekking race, outdoor film festival, climbing marathon "From down to dusk", lectures, concerts, etc 4th Paklenica Trail International - 30.04.2016. Passion for nature and love for running is the major force of Paklenica Trail mountain running race in 3 categories: "Pjeskarica" (15km, 400+asl) - named by Velebit stenoendemic plant that is growing in the gorges of Velika and Mala Paklenica Canyons and nowhere else in the world; "Paklina"(22km) and "Three Canyons" (40km, 2200+asl) leads you through the most attractive parts of National park Paklenica and exceeds over three canyons. Traditional Karl May Fest 04.06.2016 - 11.06.2016. Join us for traditional meeting of the fans of the legendary western movies about indian chief Winnetou, made in Croatia by the novels of german novelist Karl May. Visit with us original shooting locations - beautiful natural landscapes, meet the actors and other members of the film crew, enjoy movie projections at the open and a few surprices that expects the fans of Karl May and all nature lovers. 14th Velebit Ultra Trail 24.06.2016. The most difficult croatian trekking race takes part in the Velebit area and is traditionaly visited by mountain runners from all over the world. There are four different categories: Tourist (15km), Recreational (30 km), Mauntain (45km) and Ultra (75km) which start at an altitude of 0 m and ends at 1.757m at Velebit's highest peak Vaganski Vrh. 4th VELEBIT MTB MARATON 24.09.2016. Bicycle lovers are delighted by the combination of sea and mountain landscape this race offers. Along the way they can see sights such as Starigrad-Paklenica, hills of Velebit and the canyon of river Zrmanja Paklenica National Park features over 150 km of charted trails spanning from easy ones suitable for most tourists to the most difficult ones leading to the highest peaks of Velebit mountain (Vaganski vrh 1.758 m, Sveto Brdo 1.753m). Paklenica National Park is one of the Europe's most known rock climbing destinations. Cliffs of Velika Paklenica which are almost completely vertical in their nature are over 400m tall and are located next to the very enterance to the Park. They are only 2km away from the sea and make for an ideal family destination. In the Park station and at the Park's front desk there are proffesional climbing guids available. Rafting on the wild vawes of the uppers stream of Zrmanja river will amaze even the most experiences advanture seeker. Kayak and kanu rides are organized in the summer months when the water level is suitable for such activities. Dive into the underworld of Velebit mountain! It is famous for its numerous caves and experienced guides are ready to take you exploring. We reccomend you to visit Manita Pec cave in NP Paklenica and Cerovacke Pecine near the town of Gracac. Both are protected landmarks equipped to welcome thousands of vistors evey year. Located in the rocks of Velebit near Starigrad-Paklenica at the altitude of 700m there is adrenaln park Vrganac. It offers bridging, via ferrata, absail, climbing and rappeling. Bycicle lovers can visit many attractions of the area on a bike. Other the NP Paklenica the nearby region has over 40km of bicycile trails running through them. They guide visitors through caractheristic landscape which features sights of both sea and the mountains and touch upon attractive historical and natural locations. Also, it is possible to cycle to the islands of Zadar region, to explore old roads of Velebit or Vransko Jezero Park of Nature. 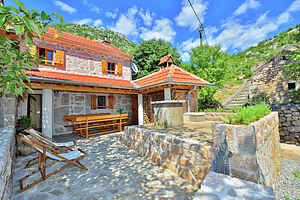 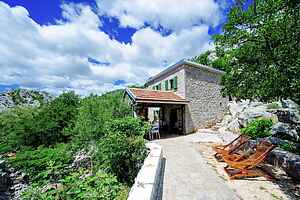 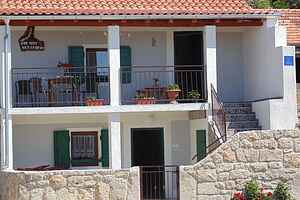 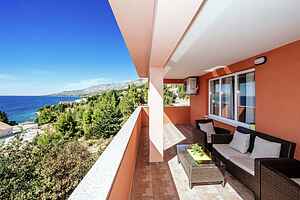 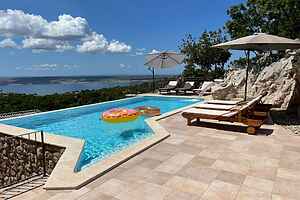