Berlin's zoo, the heart of Berlin between the Brandenburg Gate and Berlin is an ideal place to spend a whole day with the family.

The garden covers a huge area and when we were there, right in the middle of the Danish industrial holiday in 2014, I felt in no way overcrowded, although the queue outside might indicate how busy it was going to be. Speaking of queues, the queue to Berlin zoo is not a place to get insight into the Germans' otherwise known as "ordnung muss sein" (Regulations must be).

One of the oldest zoo's in Germany, it first opened in 1844.  With around 1500 different species and almost 20000 animals, the zoo presents one of the most comprehensive collections in the world.

Most of the animals are housed in enclosures designed to recreate their natural habitat. It was here that the famous Panda Bao Bao lived, known as the eldest living Panda in captivity and sadly despite several attempts of producing offspring, it never happened and he died in 2012.

When you come walking down the main path from main entrance in the distance you will see a long line of people. Instead of standing in a queue, there are a series of smaller paths that lead to other animal enclosures and boxes. We ended up doing the same.

Just inside the entrance on the left, you can rent buggies. We sadly discovered this only on the way out, which made it a little long of a trip for the 4-year-old:-)

The zoo has all the animals you can imagine, divided into a number of categories. 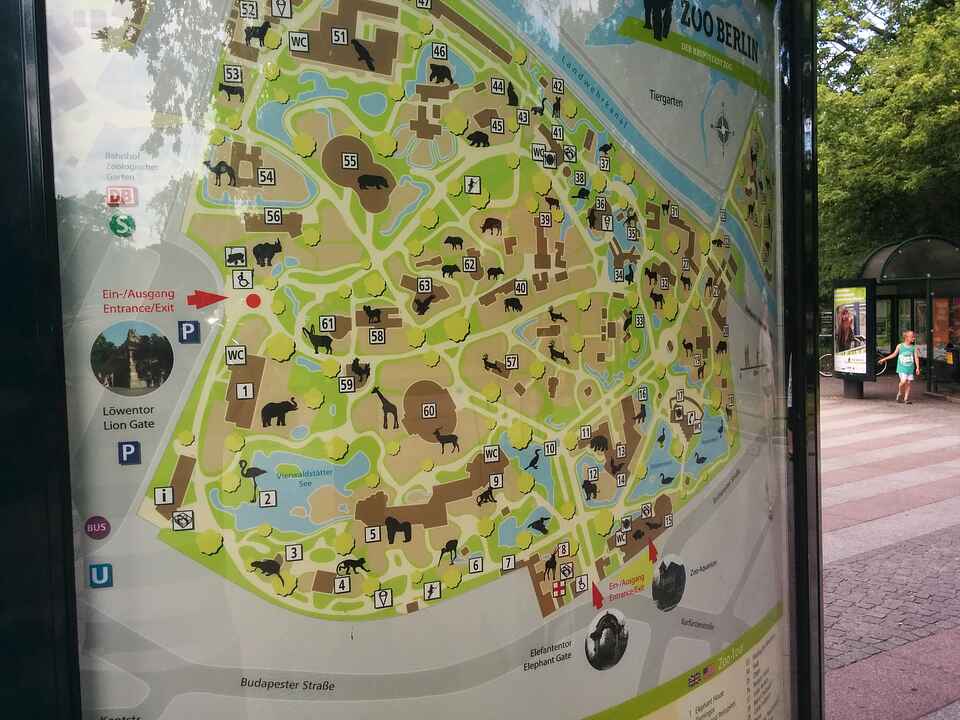 In addition, for a small extra fee, you can get tickets to the aquarium. We did not bother because we did not fancy having more than one day at the zoo, it was more than enough. The image above shows you the map of the animals you can see in the Berlin Zoological Gardens.

For children there are also some good playgrounds when they need a break from all the animals:-)

There is also a petting zoo, with numerous farm and smaller animals. When we were there you could not walk between the goats and horses as you can in other parks. But it looked like the area was made ​​so that they can shut them out along with the audience....

We spent 6-7 hours at the zoo, and did not see it all. It cost €35 for all 5 of us (2 adults + children aged 4, 7 and 10), which I think is expensive - when compared with the price of Danish zoos. The price of food is, as in any other amusement park, at the high end. But you can easily have anything you want and it saves carrying around your own sandwiches.

As you pass through Berlin, then a trip to Berlin Zoo is definitely recommended. 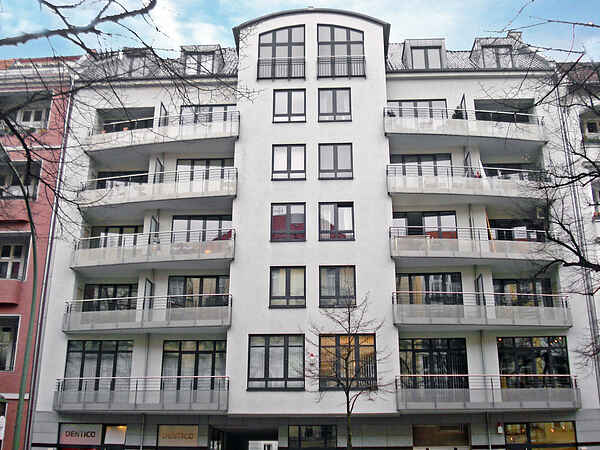 Playa de las Americas has purposely been built for tourism. Thus it is extremely convenient and easy for families and tourists to get around and have an excellent holiday in the area. Read entire article »

Berlin's zoo, the heart of Berlin between the Brandenburg Gate and Berlin is an ideal place to spend a whole day with the family. Read entire article »