Under the fascinating dunes of Blåvand, an unusual underground museum tells countless stories of the life at the Danish west coast through time.

If you are a first-time visitor in the area , the infinite sandy beaches and hilly dunes of the Danish West Coast will most certainly take your breath away. These dunes hold the secrets of an eventful history, which are revealed in a world-class museum in Blåvand, located next to the old Tirpitz bunker. 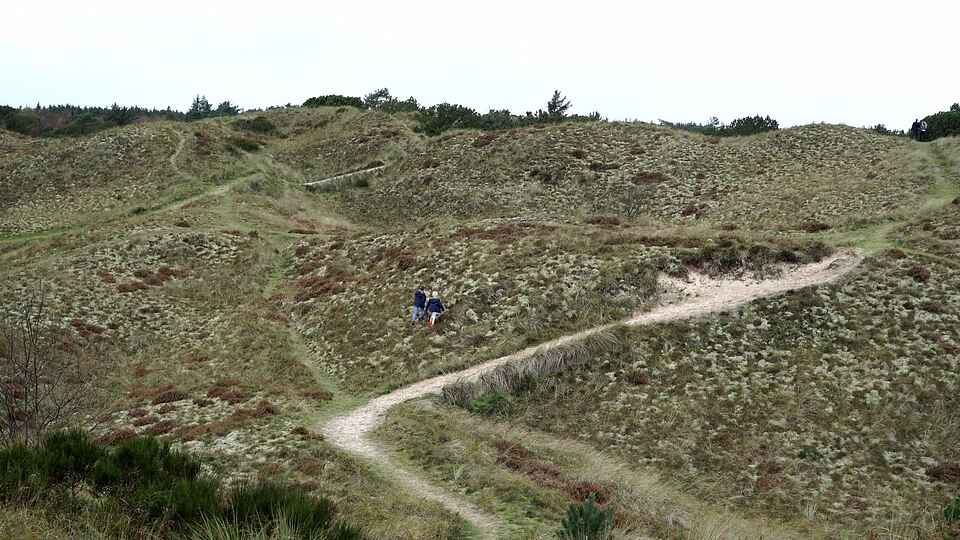 The new Tirpitz museum is hidden underground between the dunes of this landscape. Photo: Campaya.co.uk.

Of course, we had to take a closer look at this.

And our conlusion? It is not to be missed.

The Tirpitz Museum takes its visitors on a unique journey to the past through three regular and one changing exhibition.

The exhibitions are interactive, where multimedia story telling turns the museum experience into a 21st century, modern adventure. 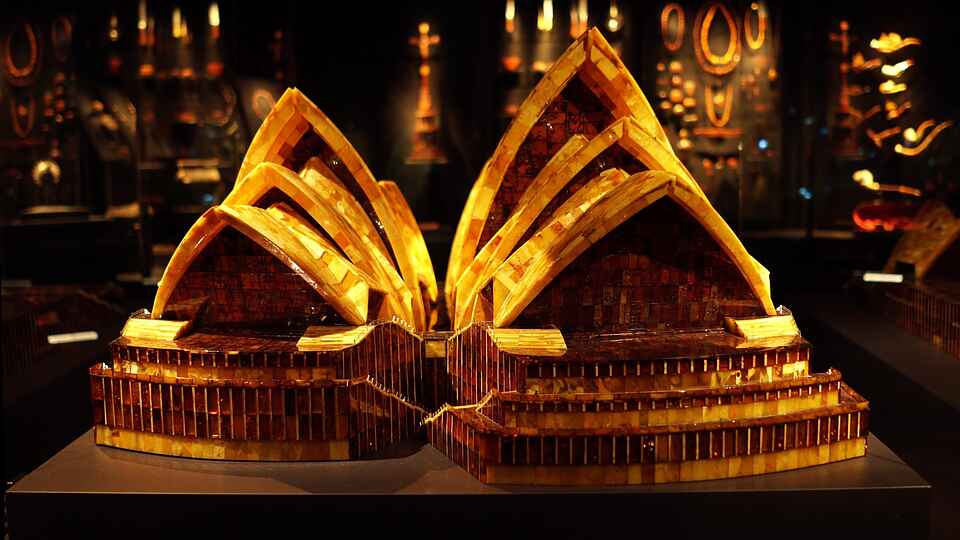 In the amber chamber. Photo: Campaya.co.uk.

In the first exhibition, you learn about the "gold of the ocean", in three big amber stones.

The first one presents amber hunters and their pursuit of the gold of the ocean.

The second one demonstrates what insects used to look like 40 million years ago.

And the third one displays a large chamber of jewellery, where each piece is made of amber.

The exhibition rooms are connected by an interactive amber forest, where 'multimedia trees' explain where the gold of the ocean comes from.

Close-up view of the war 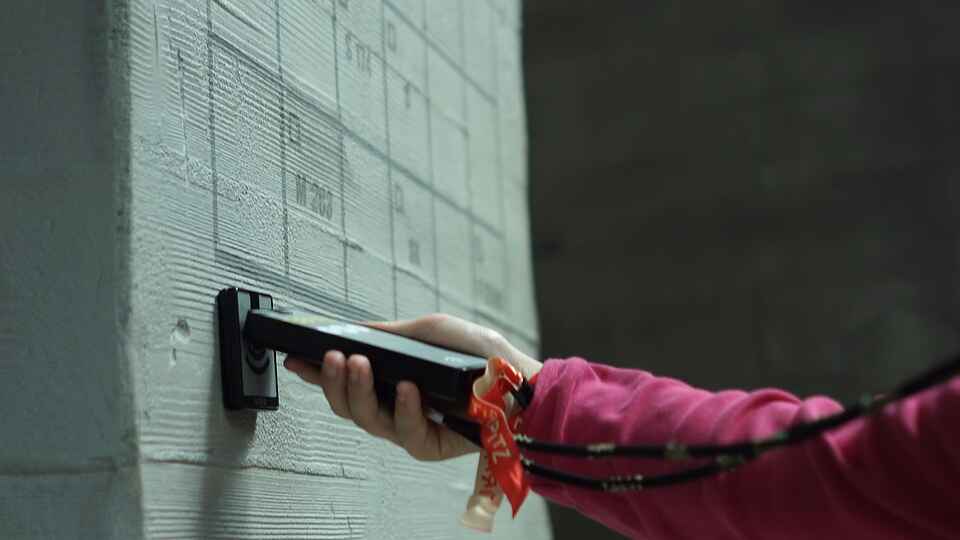 In the exhibition "Army of concrete''. Photo: Campaya.co.uk.

Of course, WWII also plays a significant role in the Tirpitz museum.

The exhibition "Army of concrete" (Danish: Et hær af beton) guides you through several indoor bunkers, which were built in reflection of the Tirpitz bunker.

In each of them, a unique story is told of an individual who lived here on the Danish west coast during the darkest days of the 20th century.

Such as ten year old Alice, whose family had to leave their home, because it should accommodate German soldiers.

Through a diary she kept back then, visitors can experience the war through the eyes of a child. 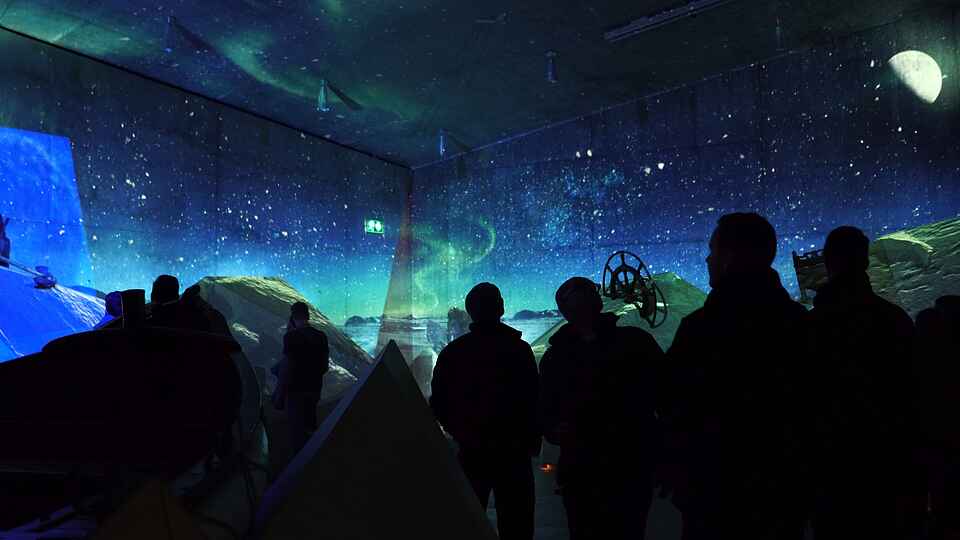 When the whole room turns into a canvas. Photo: Campaya.co.uk.

An absolute highlight of the museum is a movie in the exhibition "Hidden West Coast" (Danish: Den skjulte vestkyst).

It is played twice every hour and tells the viewers about approximately 20 000 years at the Danish west coast - in 6 minutes.

And if you want, you can see the show while sitting in a 100-year-old lifeboat in the middle of the room. 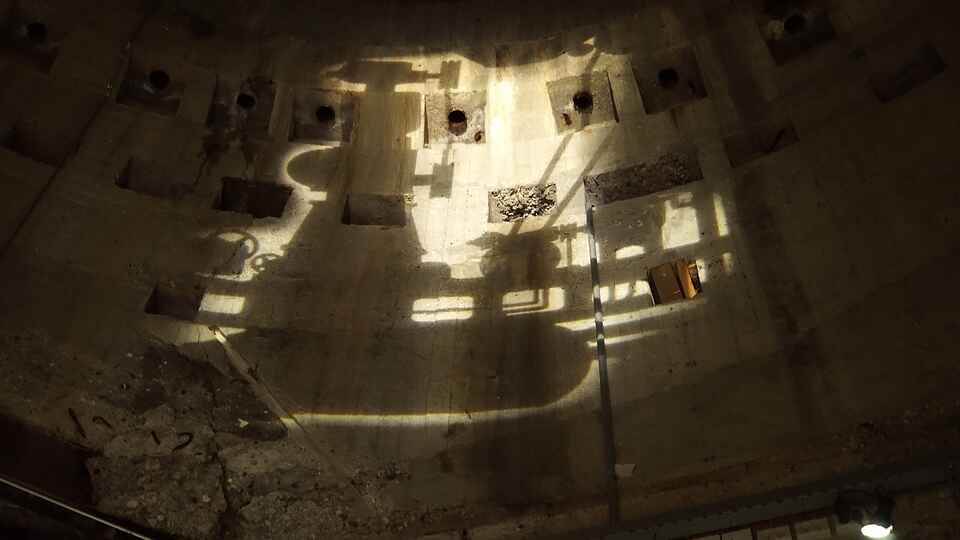 The new museum is connected to the bunker through a tunnel. Photo: Campaya.co.uk.

In addition to the exhibitions inside the new museum, there is also a real bunker to explore.

Through a tunnel the new museum is directly connected to the old Tirpitz bunker, which was never finished due to the end of the war.

This connection of the old and the new is not random.

Claus Kjeld Jensen explains the conceptual link between the museum and the bunker.

"The new museum is the diametrical opposite of the bunker. Whilst the bunker is a closed, hostile piece of rock lying as an obstacle in the landscape, the new museum is an opening of the landscape. It is a democratic space where people can come from all corners of the world and look down." - Claus Kjeld Jensen, director of the Vardemuseums.

What was our impression?

We definitely recommend visiting the museum.

The new Tirpitz museum is not only amazing because of the fascinating architecture by BIG, Bjarke Ingels Group, but also because of its many exciting tales, suitable for all age groups. 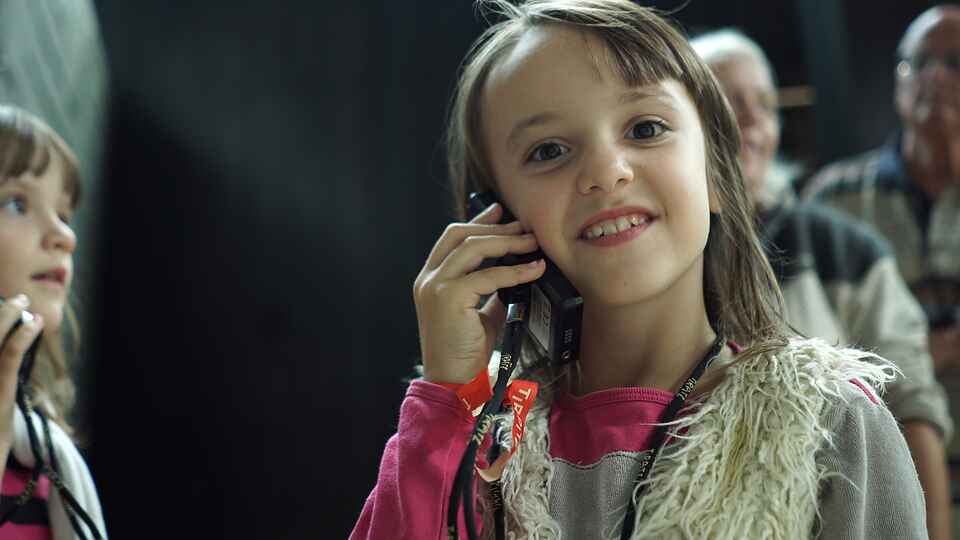 Here stories are heard and not read. Photo: Campaya.co.uk. 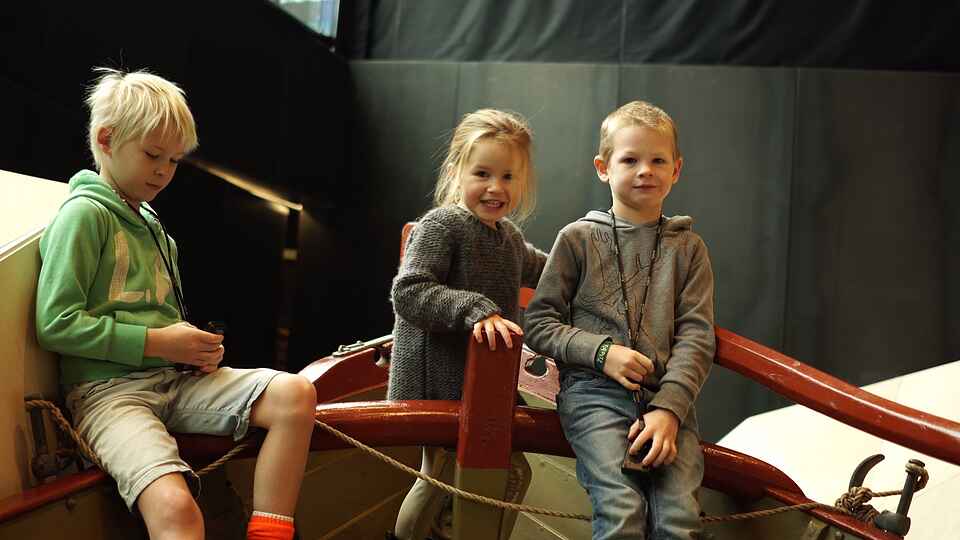 The versatility of the museum provides experiences for everyone. Photo: Campaya.co.uk.

What we found outstanding is the fact that in the Tirpitz museum there is nothing to read.

All of the stories have been recorded by professional actors and can be listened to by the individual visitors using a small remote control.

There is free entrance for children and teenagers up to 18 years old. For adults, an entry fee costs 125 DKK. 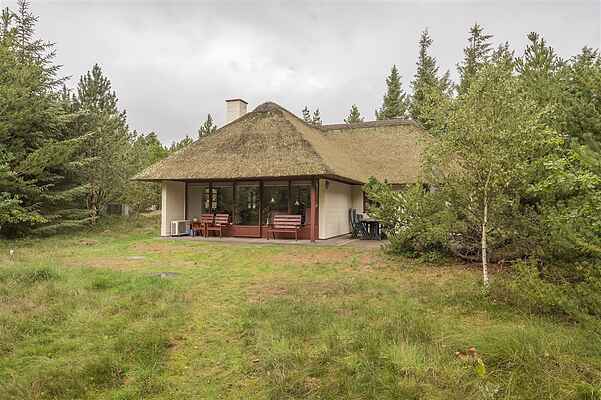 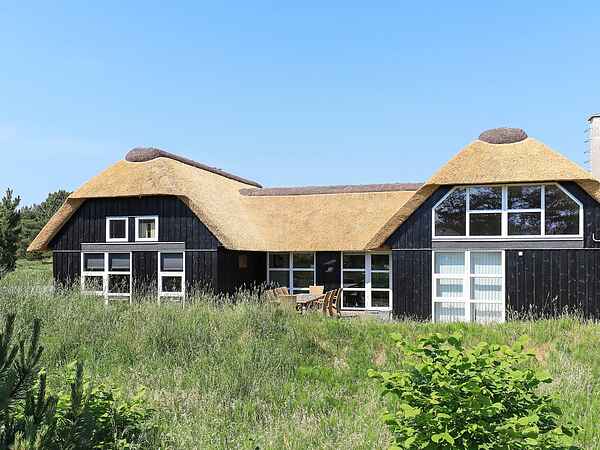 In Danish, a holiday home is called a summer house. We would argue, however, that a summer house is just as suitable for a winter getaway as it is for a summer break. Here's why.

Under the fascinating dunes of Blavand, an unusual underground museum tells thousands of stories of the Danish west coast.